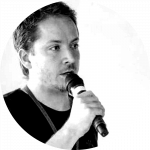 bitcoin evangelistBcademy Professor – Graduated in Physics, technology consultant at Accenture, at the same time active on political and economic issues. In 2013 he left consulting to participate in the development of various Bitcoin start-ups. Since 2015 he has been directing the non-profit research foundation known as the BHB Network. In 2016 he launched the international network of consulting firms Blockchainlab.
Main competencies: Bitcoin, Blockchain, Cryptocurrencies, Business Modeling. 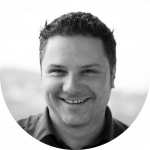 He began working as a technologist and researcher at the Bruno Kessler Foundation (FBK) in 2011. Bitcoin has been an object of study and passion for him since 2014. In 2016, together with a team of developers, researchers, teachers and enthusiasts, he founded inbitcoin, a start-up that develops products and services supporting Bitcoin technology. He helped making Trentino the “Bitcoin Valley”. Active on Lightning Networks research with inbitcoin and pioneer of “street” bitcoin with Comproeuro, he co-founded and collaborates with Bcademy, of which he is a teacher.
Main competencies: Linux, Python, Debian. 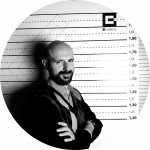 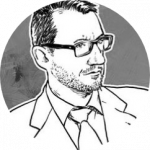 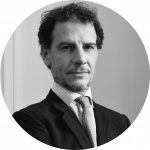 A lawyer with over 20 years of experience, he approached Bitcoin from a legal point of view in 2014. Since then he has assisted several companies and start-ups in dealing with legal issues related to applications in blockchain technology. He is co-founder of the Coinlex network.
Main competencies: Law 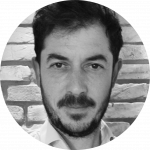 Guido Pascotto is the founder of Dmyzero, publishing and communication company owned by Safarà Editore. In 2015 he met the world of cryptocurrency, sensing its revolutionary significance. He thus became a partner of inbitcoin, and in 2018 he was co-founder (PR) and CFO of Bcademy.
Main competencies: Public Relation
s, Networker, Publishing 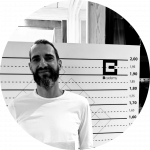 Co-founder of Bcademy, Alessio is a partner (former board member) of Impact Hub Trentino. Former philosophy teacher, business developer and academic consultant, bitcoiner by passion and expert in modeling and lean startup, he is co-founder of Inbitcoin and responsible for the supply of Bcademy products (CPO).
Main competencies: Business Modeling, Project management, Business Development. 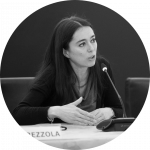 Entrepreneur, president of the Young Entrepreneurs of Pordenone from 2015 to 2020, member of the board and CMO of Bcademy. She is interested in the socio-economic revolution brought by Bitcoin. Lia participated in the birth of Bcademy bringing an entrepreneurial and educational point of view. 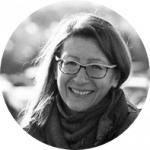 Graduated in Economics, she developed an interest in Bitcoin in order to better understand its operating mechanisms and its implications on an economic and social level, realizing its importance. She is a speaker at various cryptocurrency conferences and contributed to the birth of Bcademy. An expert in tax consultancy, she is a consultant on financial planning methodologies for entrepreneurial activities.
Main competencies: Business plan, Business strategy, Negotiations.

Notary and lawyer, specialized in civil, commercial and inheritance law. A passion for law and economics led him to engage in all kinds of scientific activities, from research to teaching.
Main skills: Contract and Property Law

President of Assob.it, an association for the development of Blockchain technologies in Italy, PGP user since 1998 I have always seen cryptography as an
instrument of freedom and digital signing as an instrument of social
responsibility.
Competenze principali: Business Development, Business Planning, Business Strategy

Giovanni is an independent investor and an author with a specific interest in economics and political philosophy. Since 2017, he collaborates as a guest lecturer with the University of Milan (Law Department, course of Economic Geography). He participated as speaker in various conferences and lectures and he’s author of several books. He graduated in Economics from La Sapienza University in Rome and holds a Master’s degree (MS) in Philosophy of the Social Sciences from The London School of Economics and Political Science. 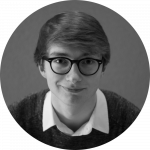 Lawyer dealing with corporate law and law of new technologies and data protection officer. He is particularly interested in business innovation, corporate contracts and IT security.
Main skills: Company law, Privacy and IT, Business contracts 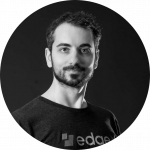 David is an IT consultant and Quality Assurance Support consultant for Edge Wallet, a San Diego company that has released a non-custodial, open source and privacy oriented multicurrency wallet. He is part of the Bcademy team, with which he collaborates as a teacher on Bitcoin and blockchain. He is the author of the book “Questions and answers on Bitcoin: from the concept of blockchain to the definition of the LNP / BP suite”. 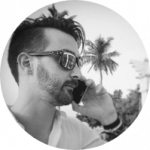 Patrick is software developer at inbitcoin, specializing in developing Bitcoin-based applications. He graduated from the University of Trento with a thesis on the implementation of a PoS Lightning Network. 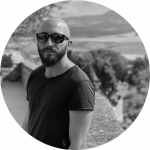 Passionate about IT, he is a software engineer at inbitcoin. Previously Bcademy teacher.
Main competencies: Qt, Debian, C++ 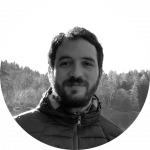 View Our Courses
close
Start typing to see posts you are looking for.
Scroll To Top
We use cookies to make sure you can have the best experience on our site, in accordance with our privacy policyI acceptPrivacy policy